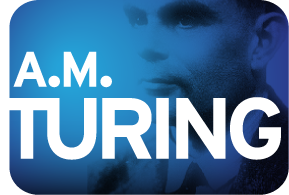 Talks by these A.M. Turing laureates:

ACM (www.acm.org) is widely recognized as the premier organization for computing professionals, delivering a broad array of resources that advance the computing and IT disciplines, enable professional development, and promote policies and research that benefit society.